The Kilbourn Tunnel was built in the 1960s to support the Milwaukee Public Museum and parking garage. However, its original construction was not built to withstand Wisconsin’s weather conditions and prematurely failed. Zenith Tech (ZTI), a Walbec Group family company, was contracted to perform the required repairs to the roof. 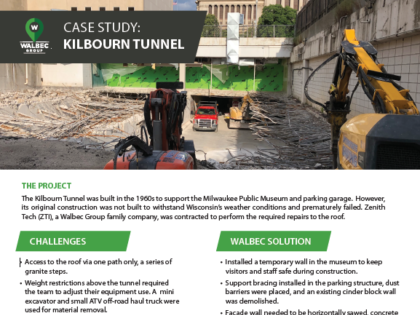